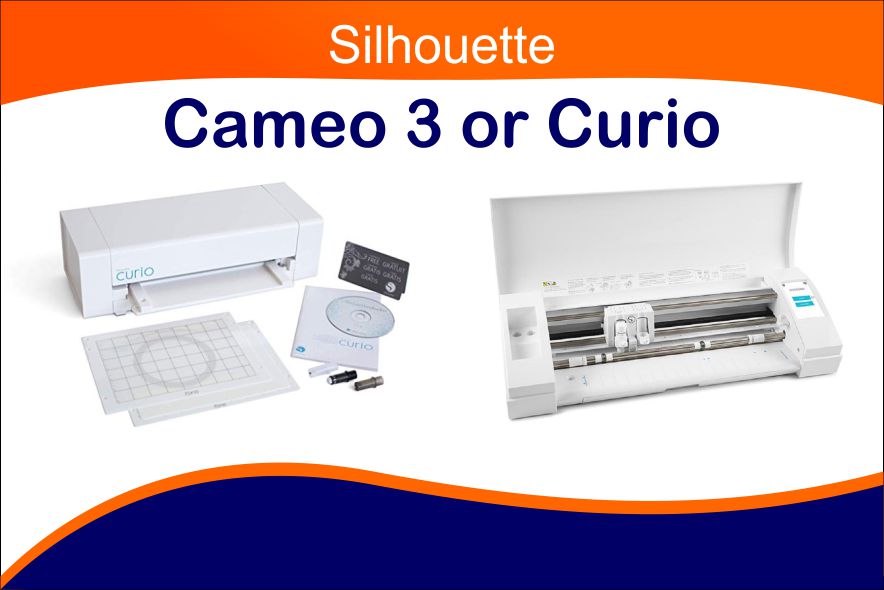 Gravectory – American-made sticker cutting machines vary widely, from silhouette cameo 1, cameo 2, cameo 3, curio, portrait and others. But on this occasion, let’s try to compare the difference between the sillhouette cameo 3 mower and the curio silhouette. Both are made in America, but in terms of advantages and uses are different.

The Silhouette Curio machine is an American product. This machine has the same function as the Cameo 3, but the Curio machine comes with several other functions that are arguably different from the other silhouettes, namely the ability to etching the anodized plate, embossing / debossing, and also. stapling function (drawing with dots.

So, the conclusion is from the difference between the cameo 3 silhouette and the curio silhouette in terms of ability and size. The Silhouette Curio is designed for greater variety in terms of capabilities such as embossing and etching with slightly thicker materials and a cutting size of 8.5 inches. But Silhouette Cameo is only able to cut materials with a size of 12 inches for decoration (vinyl, polyflex, sticker paper, cardstock, cloth etc.)

This website uses cookies to improve your experience while you navigate through the website. Out of these, the cookies that are categorized as necessary are stored on your browser as they are essential for the working of basic functionalities of the website. We also use third-party cookies that help us analyze and understand how you use this website. These cookies will be stored in your browser only with your consent. You also have the option to opt-out of these cookies. But opting out of some of these cookies may affect your browsing experience.
Necessary Always Enabled

Any cookies that may not be particularly necessary for the website to function and is used specifically to collect user personal data via analytics, ads, other embedded contents are termed as non-necessary cookies. It is mandatory to procure user consent prior to running these cookies on your website.